The truth is in the origin

Juan Sutil dreamed of being able to offer the world wines that would be true ambassadors of Chile and its people, and it was his nephew Diego García de la Huerta who made it come true.

Diego was Viña Sutil’s first winemaker, and he believed strongly in the enological philosophy of terroir that holds that wines are the true expression of the variety, the land they come from, and the hands that craft them.

He traveled throughout the country to find the perfect combination of climate and land to plant vineyards. In Limarí, he was attracted by the calcareous soils and the “mineral” touch that they impart to the wines, especially whites. In Cauquenes, it was the poor soils and clusters with small berries that give very concentrated wines with intense color that caught his attention.

Colchagua’s lure was the climate, the broad oscillation between daytime and nighttime temperatures, and especially the quality of its Cabernet Sauvignon and Carmenere, the best wines from the area.

In addition to winemaking, Diego García de la Huerta was also passionate about flying, and in 2010, he took his final flight, straight to heaven.

We are proud of Diego’s legacy as an enologist and the mark he left on his team. He was interested in their personal lives and their families. He rewarded their achievements, highlighted their talents, and made them feel confident in their abilities despite his high demands. And he also made them participants in a common cause: to produce great wines of origin.

Our enological work is founded upon our firm belief that, “the truth is in the origin.” Special vinification practices and ongoing experimentation are aimed at naturally obtaining the  best varietal expression, as only our land can provide.

We want our wines to portray their origin, be approachable, and help create enjoyable occasions. 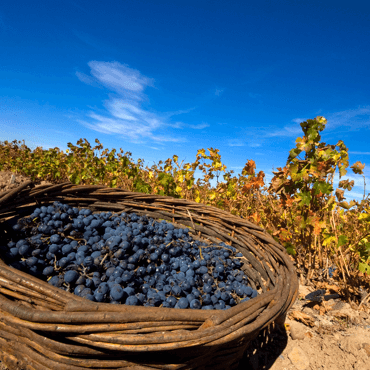 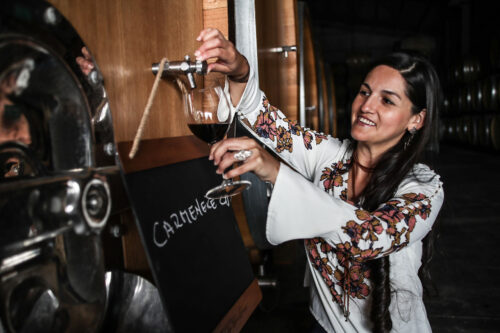 Camilo was born in the city of Santiago, Chile and attended the Scuola Italiana. A life-long lover of nature and the country life, he chose to study agronomy, eventually specializing in winemaking and graduating as a winemaker in 1998 from the Universidad de Chile.

His studies included internships (as assistant winemaker) at Viña Concha y Toro and then at Viña de Martino.

In 1999, he became Head Winemaker and Production Manager at Viña Casas del Bosque, where he also actively participated in vineyard management with the viticultural team.

In 2005, he joined ViñaMar as Head Winemaker, taking charge of vinification, production and the bottling of white and red wines for the ViñaMar and Casa Rivas brands and sparkling wines for the San Pedro group. He was also responsible for vinification and base wine production for the Tarapacá  Premium and Ultra Premium wine segments.

In 2010, Camilo was invited to join VIA Wines as the Enological Manager, responsible for the vinification and production of all of the winery’s wines, in addition to actively participating in vineyard management as well.

In 2016, he was named Enological Manager of Viña Sutil where, in addition to being responsible for the entire portfolio of wines, he regularly supports the commercial team by participating in wine fairs and tastings as well as liaising with the wine press.